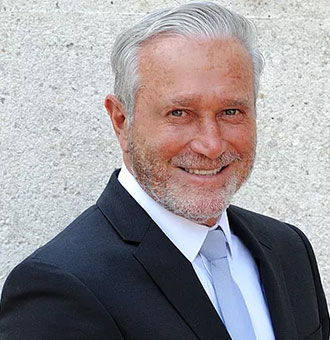 Ronald Simon, Attorney at Simon Trial Firm, has been recognized by Marquis Who’s Who Top Lawyers for dedication, achievements, and leadership in personal injury and liability law.

Mr. Simon’s area of expertise is working with plaintiffs, only. He specializes in personal injury and liability cases. He attributes his success to remaining professional, ethical and friendly and staying away from the business aspect of law. He plans on continuing at his law firm as he loves the field of law. As a testament to his success, he has been requested as a guest speaker by those hosting seminars for personal injury trial lawyers, has published articles on trial practice and has appeared on NBC Nightly News in regards to cases he has handled.

Mr. Simon became involved in his profession because he was an athlete on scholarship at the University of Bridgeport, Connecticut, and, when he was injured, his scholarship was removed. The only way for him to stay in school was to join the debate team and wound up loving it. He earned a Juris Doctorate from the University of Miami School of Law in 1973 and has been admitted to practice law by the Florida Bar. Furthermore, Mr. Simon has practiced under the Supreme Court of Florida, U.S. District Court for the Southern District of Florida, U.S. Court of Appeals for the Eleventh Circuit, U.S. Court of Appeals for the Fifth Judicial District and U.S. Court of Appeals for the Ninth Judicial District. He is a certified instructor and lecturer on personal injury trial practice and is the founder and senior partner of Simon Trial Firm, established in 1973.

In recognition of his success, Mr. Simon has been recognized for Excellence in Personal Injury Law for displaying an extra dedication to the civil justice system by the Association of Trial Lawyers of America. He has also been recognized by the ACLA Stalwart, received the Pro Bono Service Award in Recognition of his support of the Put Something Back Project and has been included in the list of Lawyers of Distinction. Mr. Simon has been a keynote guest speaker at the American Trial Lawyers conventions and at the University of Miami School of Law, as well as various Florida Bar and Academy of Florida Trial Lawyers CLE functions. He was elected to and served on the Florida Bar Judicial Nominating Procedures Committee and was elected to and honored as a Lawyer of Distinction in the US News and World Report and Time Magazine. Mr. Simon is a founding member of the Civil Justice Foundation and a founding sponsor of the National Campaign for Tolerance.

Mr. Simon grew up in the Bronx with little to no money and helping people was a major part of his life. He could relate to people who needed help as other people helped him and he wanted to do the same. What also attracted him to become a lawyer is that he had to fight his way through oppression and champion the rights of the people who need help, which is highly rewarding. Mr. Simon finds his career in law exciting and considers being a part of the justice system to be an honor. Due to his prominence in the field, he has been inducted into organizations such as the Association of Trial Lawyers of America, Academy of Florida Trial Lawyers, Dade County Bar Association, and the American Bar Association.

He is also a founding sponsor of the National Campaign for Tolerance. Mr. Simon was also recently invited to and is now a Platinum Member of The Verdict Club for Premium Trial Lawyers, as a result of numerous trial verdicts and settlements in excess of one million dollars.

Fields marked with an * are required